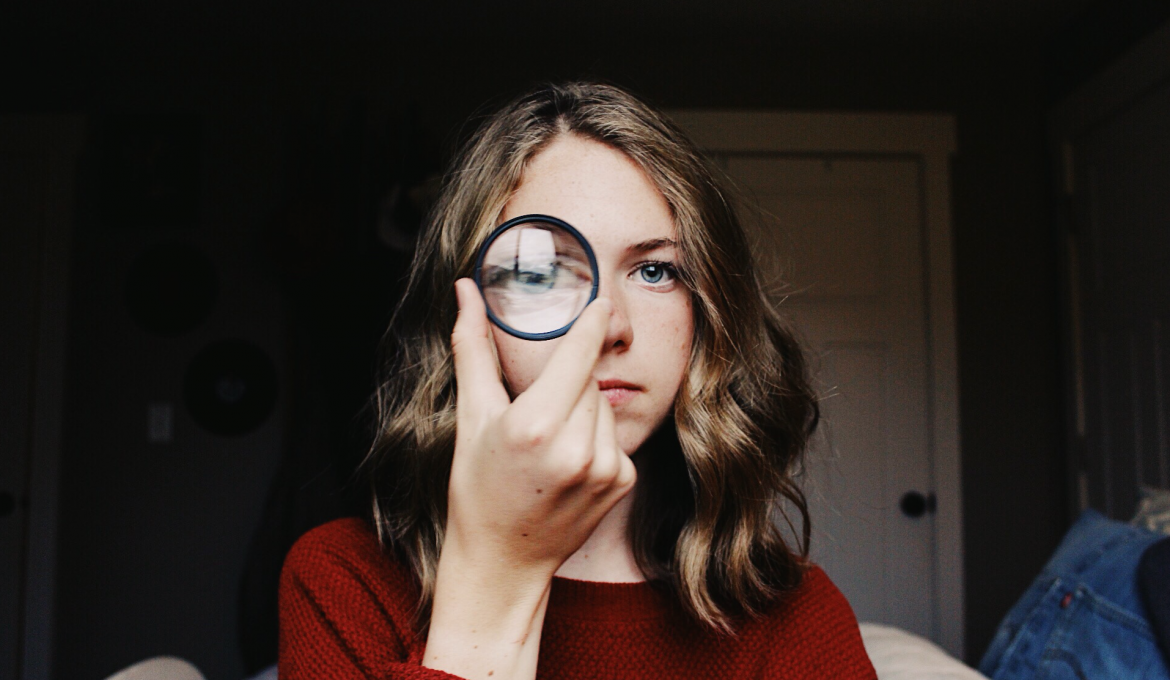 Rockwell was onto something.

Do you ever feel like at least one pair of eyes are always on you?

Instead of being creeped out, though, we really should consider it a privilege that we have little people who adore us, follow us, and look up to us. I know that my little actions are noticed and will shape my daughters as they grow up.

Things I Remember From My Childhood

I remember when I was a young girl and I was walking out of a department store with my mom. She forgot to pay for a pair of mom jeans (I’m not sure that was it, but it makes the story better) as we were walking out and realized her mistake. She totally could’ve gotten away with petty theft because we were almost at the car, but instead, we walked back to the store and paid for those pair of mom jeans (I think). My impressionable little girl eyes were on her.

I also recall a time when my Dad was working at his store and he accidentally took a joke too far with one of his clients and potentially offended them. He felt the guilt of his words shortly after they left, he called them up to apologize. Were they offended? Maybe. Could he just have laughed it off and hoped for the best? Probably. My little eyes were watching him live above reproach.

They Watch My Husband, Too

I remember another time we were eating at Chipotle with our family when a man walked in. He had dirty clothes, a torn backpack, and looked a bit sunburned from standing out holding a sign. Without hesitation, my husband goes up to the counter to buy him a gift card. When he walked over to give it to him, the girls turned to me and said,”Mom, what’s Dad doing?”. I explained to them what was going on. Their little eyes were watching.

As parents, we are some of the biggest role models for our kids. Not just in the “big stuff” that the world can see, but especially in the little stuff that no one else notices. Stuff that doesn’t draw attention or recognition. Honesty in the little things matters just as much (if not more) than in the big things. I leave you with some Jesus truth: