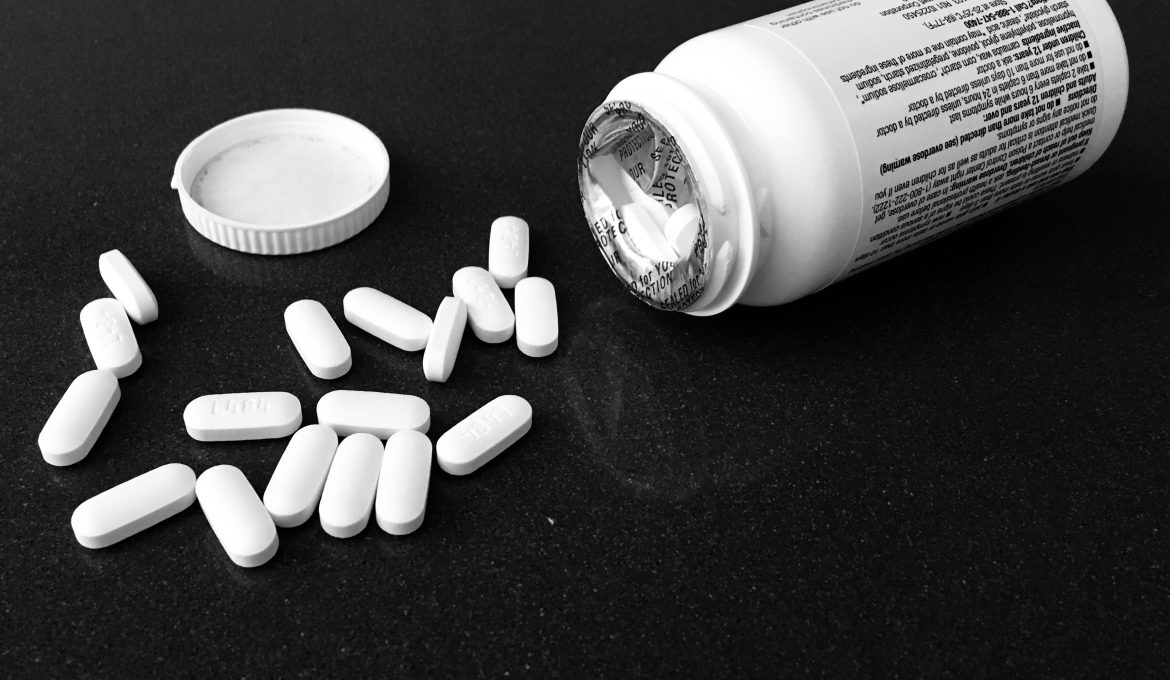 I remember the exact date.

The constant verbal abuse, incessant debt collectors calling, and feeling like I failed my children.

I didn’t really want to kill myself.

I just wanted to go to sleep and have all my problems go away. I reached for a bottle of Extra Strength Tylenol and handful by handful, I ingested all 100 of the blue little pills. I could feel the medicine take effect and shortly after I finished the last one, I laid down and that was the last memory I had of that night.

My mother was 16 when she had me. My parents got married after finding out that my mom was pregnant because “it was the right thing to do”. As you can imagine, the marriage didn’t last. My biological father wasn’t ready to trade in partying for responsibility.

So my Mom moved back home after they divorced and my Grandma helped raised me while my Mom finished out her senior year of high school. She was able to complete high school and went off to college where she met the man who would eventually be my Dad. They fell in love, got married, and were soon pregnant with my younger sister. All that was left to do was for this man officially adopt me so that we could all be a family- and that’s exactly what he did.

I recall sitting in front of a judge and being asked several questions, unable to remember any of the questions, but distinctly feeling a sense of excitement and hope rush over me. Here was this man who “rescued” us: he came into our situation, made it possible for my mom to stay at home, and now I officially became his daughter.

For the next 7 years, life was picture perfect.

We built a new house (with a white picket fence) situated in a nice cul de sac. My Dad worked as a Vice President of a national window and door hardware company, while my Mom stayed at home. She even elected to be the “room parent” and volunteered regularly at our school. We had voice lessons, summer camps, and everything activity you could possibly imagine. After dinner, we’d played outside with the neighbor kids all night long. I had the idyllic childhood.

Little did I know that this perfect world I’ve come to known would soon come crashing down.

My Dad traveled a lot for work while my Mom was busy caring for us kids. And somewhere along the way, they struggled. We never knew because my parents made it a point to never fight in front of us. Once while traveling for work, we were told he was not coming home. In a moment he disappeared from our lives. We discovered afterwards that my Mom was having an affair with a guy she met at the gym and that’s why he left.

My sister and I were completely blindsided.

Life as we knew it completely changed in that moment. We couldn’t go to church anymore because people knew and we had to switch schools/towns from the pending divorce. This all happened within a matter of weeks- how is a 12-year-old girl supposed to handle that?

This is also where my relationship ended with my “Dad”. He called me to say “You are not my real daughter- you can no longer come visit me”. I can understand he was hurt by the situation, but I can’t understand what made him want to disown me. This rejection cut deep. My relationship with my mom changed, too. We became broke. We couldn’t afford things that I was used to having. We had to move to the country.  And it was all her fault.

Three months after the divorce, she married the man she had an affair with. He also came from a family that he broke apart to be with my mom. So in a 6-month time period my parents got divorced, we changed schools, we changed churches, my Mom remarried, my Dad disowned me and now we’re trying to blend two families.

I couldn’t wrap my mind around what was happening.

I spent the next several years hating my mom. Everything I did was to get back at her. I didn’t like her new husband either and I made sure they knew that. Whatever she disapproved of, I did it in excess.

I found myself gravitating towards boys. They told me I was pretty and realizing the male influence void in my life, I believed them. That’s when I met John. He said all the things I was longing to hear and our relationship got physical pretty quickly. Then I found out I was pregnant. And just like that, I found myself in the same footsteps of the person I most despised.

It was extremely difficult to tell my mom, so I waited until she went on vacation to tell her. (After all, she couldn’t kill me over the phone and would have several days to settle down.)

She discussed it with my Stepdad and because of their religious upbringing, they believed that marrying John was the best thing to do. After spending 2 years begging me and me begging him, we were eventually married.

It didn’t last. Savannah was an absolute joy in our lives, but even she couldn’t save the marriage.

He was an alcoholic and was out at least 2-3 nights a week then come home completely inebriated. He got himself arrested for a DUI and because we were young (and broke), I couldn’t bail him out. We talked about counseling or attending AA meeting, but he wasn’t willing to change. This was no way to live and in 2 years, the marriage was over.

Moving back home after the divorce was swallowing a really big pill. I literally was living the same things my mom lived through.

I felt insecure, frustrated that I wasn’t good enough for him to change, and absolutely disappointed that I couldn’t make it work for our daughter. I knew I was putting her through the same thing my mom had put me through. I was heartbroken for her.

I again found myself turning to guys. It was at that time that I met Terence and quickly got pregnant. My Mom, who had since divorced my Stepdad, didn’t approve of Terence because he was in the “wrong crowd”. She had rules for me at 23 so she told me to follow rules or get out. This is how Savannah and I became homeless. For the next year, we slept in my car (until it was repossessed) and then went from couch to couch, floor to floor. Sleeping on a hardwood floor while 6 months pregnant was how bad things had gotten.

While I was pregnant with his child, Terence went to jail for nonpayment of child support. This should have been my first warning flag.  And there were so many more warning signs, but I stuck it out trying so hard because I didn’t want to be another statistic.

Our son William came in June of 2008. By then, I had scraped up enough money for an apartment, but we eventually couldn’t make the rent so we lived with Terence’s mom for the time. Though our relationship was strained, my mom still came and saw her grandkids and was involved in their lives. She never let my choices affect her love for those kids.

For the next several years, I was barely hanging on. Terence was verbally abusive, degrading, and drained me of any money I could get my hands on. There was really no relationship while he continued to live rent free in my apartment. It was as if I was trying to buy his acceptance or love- none of which I ever got.

We hopped from apartment to apartment and went without a car for years. I remember having to bundle my kids up so we could wait at a bus stop to go to the store and buy a gallon of milk. I had never felt so low as a mom.

After 5 years of verbal abuse, I finally kicked him out. My boss helped give me the courage to put my foot down and make him leave. The verbal abuse continued, though. He kept finding ways to contact me and berate me.

We were barely making ends meet. Collectors kept demanding money. Terence kept berating me. It was all too much. Sleeping permanently sounded better.

I woke up 8 days later at the hospital with my mom by my bedside. After all those years we fought and believing she wasn’t there for me, she was the only one who actually was.

I spent a total of 12 days at the ICU, 8 days at the hospital, and then had to be transferred to a psych ward.

Do you know how degrading it is to have someone monitor you 24 hours a day? There was always someone watching you eat, sleep, and use the restroom. We were given thin mattresses, thick blankets (so we couldn’t tie them), no shoelaces, no bras, elastic scrubs, only plastic spoons, and required to open our mouths to prove we swallowed our medicine. It was the most humiliating experience I’ve ever endured.

During my time there, I realized I needed to grow up, get my life together, and be there for my kids. God showed me that my kids were the only things keeping me straight.

After 5 days in the psych ward, I was released and have never felt more excited at the prospect of freedom. I had a friend from church who took me under her wing. She picked me up, brought me to her house, helped with my kids, and allowed me time to decompress.  She was real.  She was raw.  She didn’t hold back on her tongue.  She only spoke the truth of God to me.

She even helped me deal with the collectors and create a payment plan so I could get caught up on my debt. She taught me how to budget and allocate my income- something that I still do to this day. But most importantly, she, along with my mother, were the only people who would give me a hug and say “I still love you.”

If it wasn’t for both women, I honestly don’t know where I would be.

I stepped up my game.

I was able to stay on top of my bills and keep working.

In April of 2014, I came to visit my Grandma in Omaha and make up for lost time. Omaha felt safe and Terence wouldn’t be there to harass me. A house across from my Grandma’s house went up for rent and it felt like God was leading us to move there. By the end of June, the kids and I packed up and moved to Omaha.

We settled in right away. I got a job before I even came down, got the kids in school, and managed to keep to my budget. I also felt closer to God than ever.  I felt Him showing me this was where I needed to be.

He has brought an amazing man in my life (we’re now married with a son of our own) and he loves my older kids as his own.

If I hadn’t swallowed the pills, gone to the hospital, and spent time in the psych ward then I can’t imagine what destructive path I’d still be walking.

Win a Date Night With Us!

Dinner for two at Plank and two tickets to Charlie Berens at the Holland Center. Every $10 donated to Completely KIDS gets you an entry. (send me a screenshot when you’re done)

What are you waiting for?

(Raffle Closes on Oct. 1st and winner will be announced shortly thereafter)